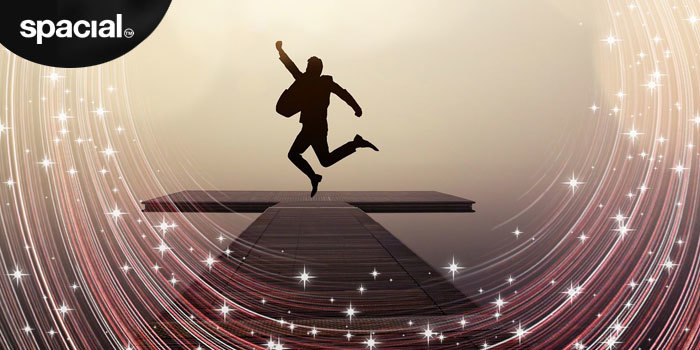 As some of you might know, we attended the National College Media Convention in Orlando last week. The experience was eye-opening. We met so many interesting people, we were introduced to several college radio stations, not to mention that we had loads of fun. We also hosted a contest in collaboration with College Broadcasters Inc. (CBI), and the grand prize was a bundle that includes SAM Broadcaster, SAM Cast, free streaming for 1 year, a Flash player and an iPhone app. The winner was Rookery Radio, from Youngstown State University in Ohio.

When Rookery Radio’s media adviser, Dr. Adam Earnheardt, found out about the win, he wasn’t just ecstatic; he was moved. Having just launched the station last spring, this prize means a lot to him and to the 50-some students involved.

We chatted with Dr. Earnheardt to get the full story on Rookery Radio. We’ll also be checking in on the station over the next year to give you a head’s up on how they’re doing.

Could you tell us a bit about Rookery Radio and Youngstown State University?

We launched Rookery Radio in spring 2011 as a way to bring traditional college radio back to Youngstown, to teach students about radio, and to promote the arts, culture and business in the Youngstown area.

There is a deep, rich history of media in Youngstown, and we wanted our students to be a part of it, to create their own history. Students were clamouring for a way to get their voices heard on campus. But as with most other universities with campus media, resources were very limited, so we relied heavily on support from a few people on campus and in the community; people who had the same vision for Rookery that we did. After about 18 months of planning, and several drafts of a business plan, we launched Rookery in February 2011.

Why is it called “Rookery Radio?”

YSU’s mascot is a penguin. After a “Name your college radio station” contest, a group of about 30 students combed through 300 or so entries and landed on Rookery – which means “a gathering of penguins.” It also means a “gathering of breeding mammals.” Of course, they didn’t tell me about this alternate definition until after we announced our name to the campus.

We really dig your logo. Who came up with it and what does it represent?

Again, another contest. We asked students to design a logo, and we received about a dozen or so entries. Then a group of about 5 or 6 students selected the winning entry. The student who designed the logo, Adam Rogers, won an Amazon Kindle for his efforts.

About how many people are involved, in some way, at Rookery Radio?

Right now, we have more than 50 students involved. We’re on air from 7 am to 11 pm Monday through Friday, and we’re automated the rest of the time. Each student gets a two-hour shift. The great thing about our group of students is that they come from so many different majors. They’re not just communication students as one might suspect. We have students majoring in psychology, criminal justice, art, education and so on.

What does it mean to you to that Rookery Radio won this grand prize?

This is a game-changer for us. Right now, we’re piece-mealing our content and delivery systems, and quite frankly, the software and media-filing situation is a mess. Having the SAM Broadcaster and SAM Cast tools at our disposal will make Rookery Radio what it really should be: a professional experience for our students. Now they’ll get access to a professional automation and delivery system on par with some of the larger commercial stations in our area.

What will this grand prize package allow Rookery Radio to do that it couldn’t do before?

Pretty much everything. As of now, we’re using a scaled-down, inexpensive version of an automation system. And we’re encoding using freeware, which creates some reliability issues. Now we have so much more – and for me, the level of support is what I think is most impressive. Right now I’m trying to figure out all this stuff on my own, and that’s the downside to using free or inexpensive software.

To know that I can call someone to get support, to get the answers, that’s huge for me. Let’s face it, many college media advisers like me are spending all our free time to make media happen for our students. This will save a lot of that free time for other things.

We’ll be monitoring your progress over the next year. What can listeners expect during that time?

A professional sound, more programming, and more options for accessing our content. For one, the iPhone app and Flash Media player will be huge. Right now, students are trying to figure out the best way to tell people to listen to us, and no one answer is ever the same.

Also, our current software doesn’t really allow for mixing, so to have access to cross-fades and beat detection will be a big bonus. In short, I think our audience will hear a much more professional sound coming from the Rookery stream – the kind of sound they would expect to hear from our commercial counterparts.