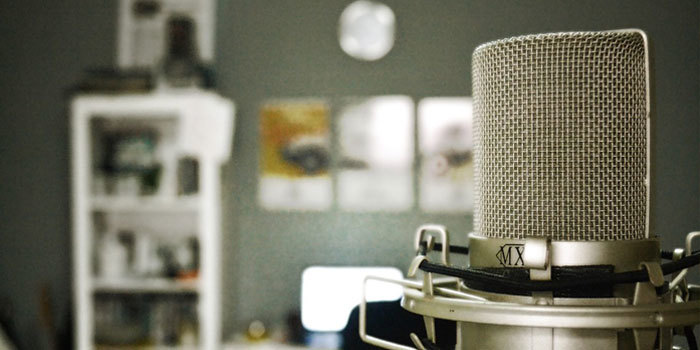 “Ad” is short for advertisement. It refers to a short audio clip that promotes a service, product, or event.

Automation software refers to software that aids broadcasters in automating some of their station-related tasks, like scheduling songs, and crossfading audio.

Back Announcing / Back Selling

This refers to DJs talking about the song they just played.

This refers to calculating the amount of time left before the next thing on the show occurs; for example, timing the end of a song to coincide perfectly with the start of the following radio program or segment of a show. Back timing is a way of avoiding audio-overlap.

A ‘bed’ refers to audio that is used as background music for the DJ to talk over during their show, for example, part of a jingle used for this purpose.

Bulletins are audio clips that provide information on your radio show, like a news or weather report.

“Clutter” refers to a lot of non-show related content that runs in quick successions, like advertisements and PSA’s.

A function that ensures a smooth transition between two different sets of audio, like between two songs, or between the end of a song and the start of an announcer speaking.

A signal that is given to a DJ to start talking.

Dead-air refers to unwanted on-air silence that occurs due to human or technological error and interrupts a broadcast.

Also known as DJ or DeeJay, it refers to a radio personality/announcer who plays music on the air.

A ‘drop’  is a short sound clip that usually contains audio from movies or TV shows.

This is a phrase that is used to describe a DJ talking during the intro of a song without talking over the start of the vocals.

This refers to the audio levels of a song progressively increasing in volume until it reaches the appropriate level.

This, in turn, refers to the audio levels of a song progressively decreasing in volume until it fades away completely.

A jingle is a relatively short, and catchy, professionally produced audio clip used for commercials or promotional announcements done on-air.

A liner, also known as a sweeper, refers to specifically worded audio that is designed to provide a smooth segue between songs. An example of this is the DJ announcing the title of the next song over its intro.

Links are short pieces of information presented to the listeners between two songs. It usually covers what’s coming up soon, like the news, traffic, or competitions.

A real-time broadcast without any delay.

Software that allows you to broadcast live on the internet, like our Live-DJ software (which comes free with the SAM Cloud subscription), as well as other software like WinAmp and BUTT.

This is the information associated with the track which you find embedded in the audio files you play. Metadata is used to identify song content, such as the song titles, artists, albums, composer etc.

An abbreviated term for a microphone.

This refers to the scenario where new audio is played too soon, ultimately causing two audio sources to overlap.

Over-running refers to a song or radio program exceeding its expected run-time.

A radio show that is broadcast from a location other than its usual studio space.

Pre-recording refers to recording audio clips before broadcasting it to your listeners.

This is the person who is in charge of the content that is broadcasted on a radio show.

This is the person who is responsible for managing a radio show to ensure that it runs smoothly.

A promo, or promotion, is a type of ad that is run on-air to promote specific events or products.

A PSA, or Public Service Announcement, is an ad that is run in the interest of the public rather than the purpose of commercial advertising.

These are pieces of writing that help presenters to stay on track content-wise during the show.

This refers to the type of programming or content type that is broadcast by a particular radio station. Different radio formats include things like talk radio, college radio, sports radio, and news radio among others.

A script is a piece of written information for a radio personality to read from during shows and interviews.

The transition between tracks; the introduction of the next song is often used as a segue.

“Spot” is another term for a commercial.

This refers to the total amount of hours a week that your station has been listened to.

This refers to the total amount of listeners who have tuned in to your station over the course of a week.

Well, that’s it for our quick guide to online radio lingo, folks. If you have all the online radio lingo covered, but don’t yet have the station, why not try our free trial of SAM Broadcaster Cloud today? You’re bound to have a lot of fun with our award-winning online radio automation software.