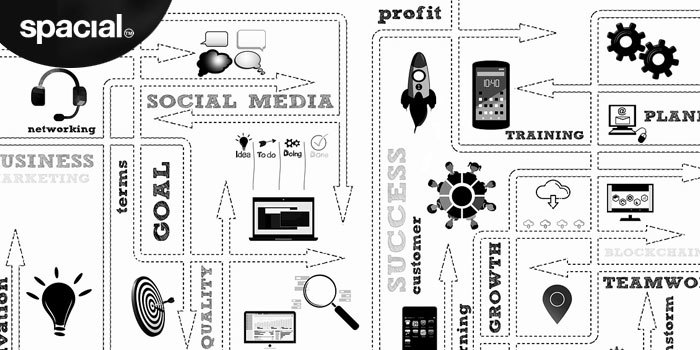 Organic growth for your radio station? 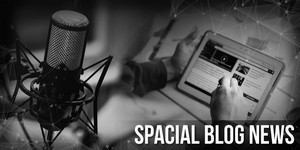 I would guess that most Spacial customers are aware that I am the Spacial customer service manager but I doubt many customers know I also run a couple of radio stations which will remain nameless as these stations are almost exclusively used for support purposes and because of this, I do not actively advertise nor promote my stations however, I have listed them with a couple of Internet radio listings sites which has allowed me to document the various processes involved for our customers.

I also have a free website which I have used to implement some of the Player and Web Widgets so I can speak from experience when a customer asks a question about adding Widgets to their website.  I subscribe to a couple of music services which provide me with new music to promote but again, this was to know how their processes worked and to enable an automated, scheduled upload to my SAM Broadcaster Cloud music library.  I think it would be fair to say that in the grand scheme of things, I am not actively nor seriously promoting my stations.

I can however report that two of my stations have a regular listener base, shocking I know, how did this happen?  I certainly did not mean for this to happen but it has.  One of my stations has a couple of hundred followers on a well-known, Internet radio listings site whilst the second station I recently registered is fast approaching a three-figure following after only a couple of months.  I receive both requests and dedications through the Widget included with my SAM Broadcaster Cloud service and I also receive emails from listeners.

I like to think that this growth has been organic, I have no social media pages, you won’t find me on Facebook, Twitter or LinkedIn and this excludes any social promotion so is this really just down to a couple of listings on popular listings websites?  I have tried to analyze what is happening and can only think of a couple of factors.  The music played, the absence of adverts and perhaps no (ok, very little) live broadcasting.

Music?  I like to think, just like everyone else on the planet, that I have great musical taste but my choice of music would I imagine, only appeal to like-minded individuals and at this point, I should point out that I once had a mix-tape which played Paranoid by Black Sabbath before Wide-Eyed and Legless by Andy Fairweather-Low so finding like-minded individuals with the same (bizarre) musical tastes might be a long-shot.

No adverts?  I do appreciate I am in a privileged position in that I don’t have to pay for my streaming services, they come with the job but I did also run a fan site for my favourite music artist a few years back where I paid for everything out of my own pocket and again, refused to advertise.  Perhaps this is the reason why I have this snowballing listener base?  I do know that the majority  of our customers also fund their stations from their own pockets and a large number of these same customers also refuse to advertise.  Some customers run community-based stations which advertise local businesses but is Internet Radio really suited to community broadcasting in the same way LPFM or even traditional, terrestrial broadcasting was so perfectly suited.  With Internet radio anyone with an Internet connection and a compatible device can listen to any available Internet radio station.  Does this mean that the x-number of listeners a station touted to a local business to win advertising are actually local and have a need for a haircut from “Bob’s Barbers, Main Street, Localsville” or is this advert merely a distraction for the international listenership a station might have?  Without adverts I will never know whether this is the reason for my listeners but we should remember that the future of advertising is almost certainly Internet Radio.  With billions of dollars spent globally each year on Internet radio advertising, do we have to embrace this or can a station grow with just deep pockets to expand but then, will we expand if we start advertising?  This is one perplexing question I certainly cannot answer and as I am actively discouraging the growth of my own stations, thankfully, it is not something I have to consider in any depth.  I would suggest that there is a minimum number of consistent listeners required before any station could be considered a viable advertising outlet for most conglomerates and what this number actually is, depends on the station just as much as the advertiser.  Location, musical output, ethos etc., so many factors an advertiser must consider.

Customers often tell me that they will broadcast live, even if they have no listeners, they do it for the pleasure the whole experience provides.  I actually broadcast live on very few occasions, if I am honest, I just don’t often have the time but when I can find the time, I will happily talk nonsense about anything which I intersperse with the music I want to listen to.

Live broadcasting?  I haven’t noticed a drop in listener numbers between the times my stations are automated and when I am broadcasting live but I did sit down with a pencil and paper before scheduling any segments, to best decide what I wanted to play on my stations.  Perhaps the regular scheduling ensures listeners who listen for specific segments, can be sure they will hear what they want to hear at regular and frequent time slots.  When I broadcast live I try to match my live output to that of the scheduled program.  Perhaps it’s not my dulcet (or just dull) tones which are not driving away the listeners, perhaps the regularity of the programming can account for some of the listeners.

As I mentioned, I sat down and drew out my grand plan for my musical segmentation.  Armed with this blueprint, I created a Shared Playlist for each artist.  I chose Shared Playlists over Station Playlists as I want the majority of my library to be available to all stations whilst any station-specific content is listed under Station Playlists to prevent them being scheduled accidentally.  I also created a Shared Playlist for each decade, genre and mood by using the Library Filters.  This made locating all tracks of a certain year, genre or mood a simple process, all I had to do was click on the Library Filter in question and drag all of these tracks into their respective playlists.  It was this which made the scheduling a simple task.  I configured most of the Playblocks with a common theme and even the Playblocks which have an eclectic mix, were easily created with the variety of playlists created.

Perhaps this does confirm there are a larger number of musically, like-minded individuals out there who appreciate being able to listen to the same weird music as myself on a regular basis without being subjected to adverts.

There can be no other reasons I can think of for why I have so many regular listeners.  My two primary stations are in different languages so we can be sure that this formula works in multiple languages.

The point to this tale is that with almost no promotion and no social media, any station can attract listeners if they are doing something right-enough and with a solid base to grow from, with active marketing, social media and a little luck, there is no reason why any station cannot achieve relatively great things but if a station has been actively promoted and after a short period of time is still seeing no growth in the listener numbers then perhaps it is time to rethink the station format.

I am already planning the future output from my stations based on some of the recent features added to SAM Broadcaster Cloud, as well as the features I know we have planned.  Exciting times.