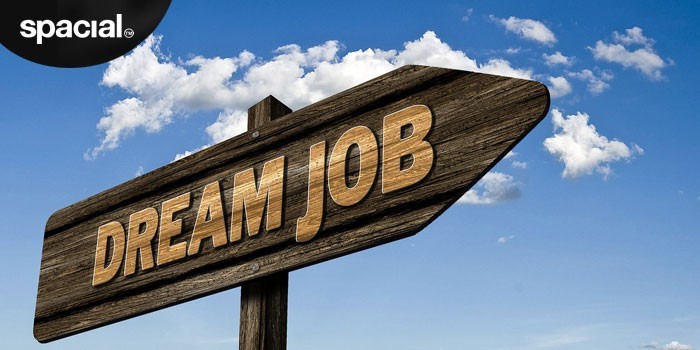 From Pipe Dream to Dream Job

When I surveyed the local radio landscape in late 2009, I was nonplussed. As the former lead guitarist of the acclaimed local band Case of the Mondays, I usually relied on my iPod to churn out tunes, but I was looking for something to take over when my playlist got stale. I wanted to hear new music and be exposed to different artists other than what I listen to every day, but radio just plays the same ten songs over and over again. It’s whatever focus groups tell the station to play—often the DJs don’t even have a say.

I was driving home from the office with the radio muted, contemplating what I would do if I were the programming director of my own station. Later, surprised at my own brazenness, I put pen to paper and distilled my ideas into a doctrine: the fundamental rules I would use to govern a radio station, if one were ever to fall into my hands.

First, there would be none of the forced banter and pointless gossip that take so much time away from playing music on most radio stations. Second, local and up-and-coming artists would be showcased alongside quality music from established acts. They wouldn’t be relegated to a “local bands” show that only airs during the graveyard shift. Finally, listeners would never hear the same song more than once during a single day (the “No Repeat Guarantee”) or be subjected to the same prerecorded advertising spot more than once per hour.

When I was done writing my doctrine, I called on someone who had always shared my passion for broadcasting and promoting local music: my former Case of the Mondays bandmate Jim Haas. Jim has a great way with people and I knew that would come across on the air. He also possesses another important quality that’s essential to radio: he can talk till he’s blue in the face. 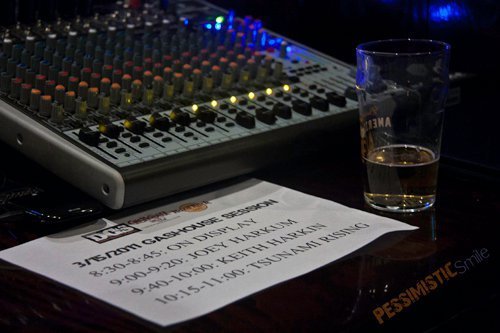 After a few days of discussion, we decided to make a go of it, purchasing the equipment to start an Internet radio station from the cobbled proceeds of side jobs and savings accounts.

We decided to christen our budding venture Gashouse Radio, after reading that “gashouse” was the term used during the Golden Age of Radio to describe something authentic or unvarnished. To budding broadcasters like ourselves, authenticity seemed to echo what we wanted our station to be, and everything we felt our competition was not.

Because Gashouse Radio broadcasts on the Internet 24/7, listeners can tune in from wherever they are: the desktop at work, their cell phone in the car or their laptop at home. The ubiquity of Gashouse makes our “No Repeat Guarantee” even more vital. If you’re dedicated, or crazy enough to take our station from home to work and then back home again, you don’t want to hear, say, Lady Gaga ten times during the day. Not that we would ever play Lady Gaga.

Haas, a comedy fiend, added another dimension to our young station, anchoring the morning drive-time show “Krantz in the Mo’nin.” We also developed our own troupe of comedy correspondents to appear with him and share their zany takes of current events, pop culture and the music scene.

Meanwhile, I took the helm in the afternoons with “My Brain Office,” an informative and entertaining amalgam of interviews with burgeoning bands, underplayed local music and general commentary on how to sustain and promote your own band. Both Haas and I wish this sort of thing had been covered more widely during our time with Case of the Mondays.

Rob Velivis signed on to host a sports show, and then a signature program was added on Tuesday nights, “Gashouse Live,” helping to round out the schedule. 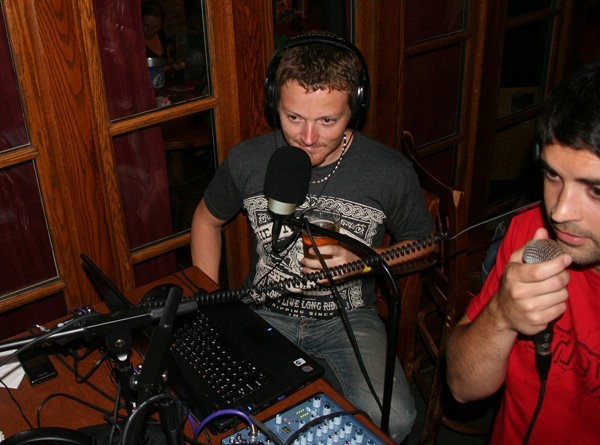 As the new hosts and entrepreneurs gained their footing in both broadcasting and business, listenership increased, often peaking in the thousands per week. Gashouse expanded, opening a satellite studio to accommodate additional broadcasts and the production of advertising spots.

Then, we struck a deal with the Philadelphia branch of Hard Rock Cafe and their local promoter, Davis Concert Staging (DCS), to present a live broadcast from the venue each Friday night, when an act would appear on the Hard Rock stage.

Mine and Haas’s latest foray has lead us into the world of hosting and producing concerts for simulcast on Gashouse Radio, as well as filming the performances and offering webcasts on our station’s website, gashouseradio.com. All told, it’s been incredible. What started as a pipe dream has fast become a dream job.

As Internet radio expands, I see Gashouse growing right along with it. Ten years ago, who would have imagined you could stream CD-quality music to your cell phone? Soon, Internet will be an option on car stereos. When that happens, we’ll be poised to offer even more to our listeners and local artists. 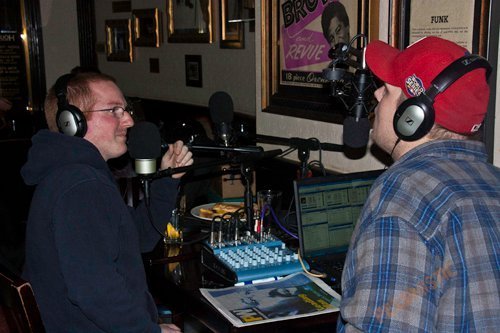 Find out what the Philadelphia music scene is all about. Check out the complete GasHouse Radio show schedule here.

Video filmed by Oya Alatur. On top of making movies, Oya is also part of the band iKiBEAT. Hear their music here.