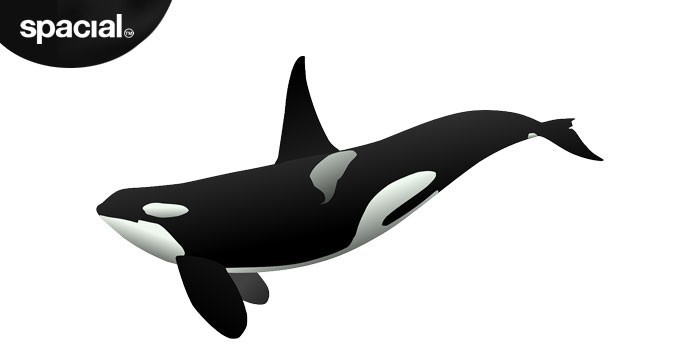 At Last I’m a Killer Whale!

I started working in radio in one form or another in the early ‘90s in Vancouver. I was interested in writing a serial radio play for a show I was doing on Monday mornings with then-famed DJ Hand-E Man. The idea was that we would have several weeks of two-minute fillers for those moments when we were stuck for content. I arranged everything: the script, the actors and the studio time. I mixed it all down at a private studio run by Shaun Smith, who happened to hate techno-dance music but was happy to help record my one hour of top-notch drama, which included one of the characters transforming herself into a killer whale, at which point she exclaimed the gem of a line: “I’m a killer whale! At last I’m a killer whale!”

The recording was a total success, and for the next month or so we ran the series in two-minute segments until there was nothing left to use. So I handed it all over to the DJ to keep for those moments he might need filler between songs (at the time, it was a popular idea among DJs to have a quick sound bite from an obscure film or classic radio play as a segue into the next tune). Over the next few years, DJ Hand-E Man continued to rely on this old reel of my radio play to juice up his playlist, often inserting the drama over a techno track or atmospheric music, as a way to confuse the listener, with absolutely no context to the dialogue whatsoever. 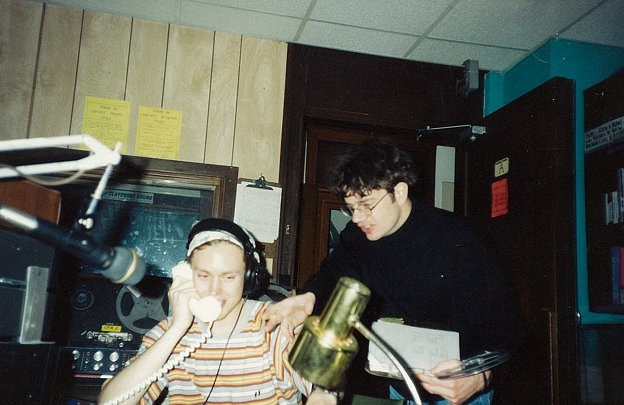 Fast-forward several years later, and I bump into Shaun Smith, the studio guy who recorded my sprawling radio drama. He was anxious to catch up with me. It had been some time since we had seen each other and he was curious about my radio career. He said he had something to tell me:

“Last month, I was on a ferry to Alaska, you know the one that takes 14 hours and you sleep on the deck with all the hippies, under the stars? Well, next to me were these two teenagers who insisted on playing that annoying techno music you play on your radio show. It was driving me up the wall, totally ruining the entire ambience of sailing through glacier-land, and I was about to angrily ask them to turn that crap off… then out of nowhere, their ghetto blaster started chiming ‘I’m a killer whale! I’m a killer whale!’ over the music and I just knew that line from somewhere in my recording career, but couldn’t place it, since I would never open my studio to a techno dance troupe. So I asked the kids, ‘where on EARTH did you get that song? I recorded that vocal! There is no way they have permission to sample that!’ And the kids turn to me and say they have no idea what song it is, that they are just playing a tape they stole off their older brother—a recording of his favourite radio program from Vancouver.”

Shaun was over the moon to know that the work he put into the radio play was actually turning up in some form of creation, so he let the kids blare the rest of the rancid techno tape so he could catch more lines from the radio play. And of course, as soon as I reported back to DJ Hand-E Man, he was over the moon too: some kid had stolen a recording off his older brother, which happened to be 90 minutes of our show, and is now playing it in Alaska and refusing to part with the tape because it’s his favourite. And the only sign we had of this curious love for our work was the flag that popped out in Shaun’s head from the line “I’m a killer whale!” Best fan mail we could have ever hoped for.

Don’t ever say there’s nobody out there listening. 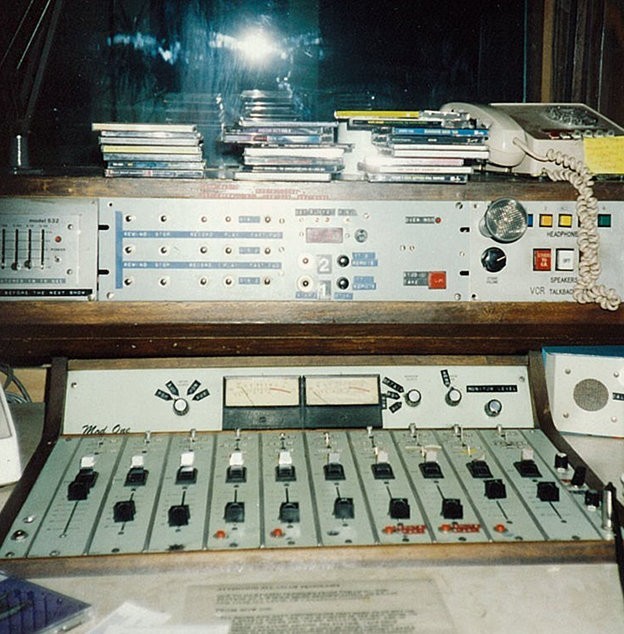 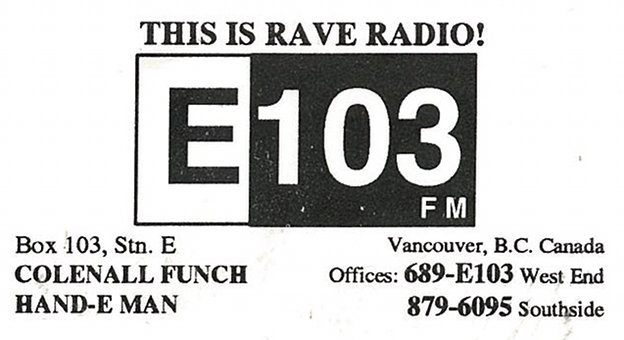 Jonathan Himsworth is an artist based in Montreal. Check out some of his work at the Stadium Art Movement and WTF is up?