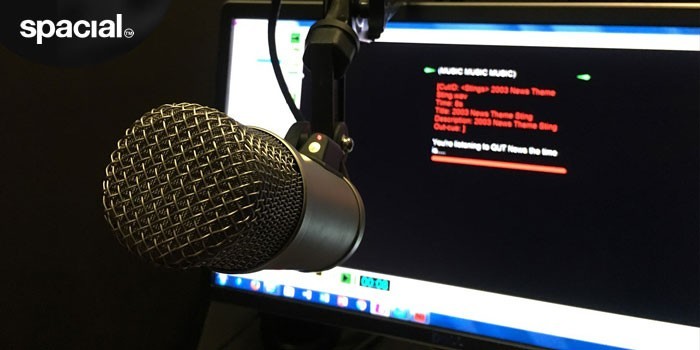 Mood is a tricky thing to define. At least, that’s how it seems at first when starting your own radio station. You might feel like there’s no obvious anchor for your show beyond the songs you like, people you speak to, or thrust of a scripted narrative.

That’s why background music for radio broadcasting is essential. It’s a low, bubbling balm for the ‘between’ spaces of your show, pasting over silences and tying your theme together.

However, we urge you not to overdo it… Intrusive, misjudged or too-loud background audio is terrible to endure, from a listener’s standpoint. Read on for our advice concerning this (hopefully subtle) radio ingredient.

We’re guessing you’re familiar with commercial radio. You know, the top three or four big stations in your country; each of which is a non-stop, 24-hour talk-fest spliced with some of the most popular music in existence.

But have you ever noticed that some DJs burst in, almost shouting, over a favorite audio clip? Isn’t it jarring? The background music will sink down to a low volume while a voice starts to blare. Then, as the radio DJ pauses from one line to another, it crashes back to the forefront of the mix, seemingly bent on distracting you.

Instead, we recommend periods of loud or quiet music. Rather avoid a theme that cranks up the volume whenever someone takes a seconds-long break from the mic. In this respect, take a page from the book of podcasting, and have a louder theme for the intro of each segment before dialling it down, to a consistent level, as you’re talking.

Obviously, Spacial would like to discourage from – for instance – the clichéd twangs of a bluegrass instrument between your country music sets, or an over dramatized accompaniment for news reports. Yet background music for radio broadcasting has to mirror your concept in some way. Fail to do this, and it’ll seem conspicuous, like a sore thumb.

A pop station, for example, might strip a Top 40 song down to its bass and rhythmic elements, for a new spin on something the audience knows. A comedy show, on the other hand, can be suited to novelty sounds or upbeat tracks that establish a jovial atmosphere. True-crime stories might have a mournful piano sequence underneath them, highlighting their sense of tragedy, mystery and pain.

These selections boil down to how well you grasp the station’s key sound, regardless of whether you make your own audio or pillage an official song. Oh, and bypass anything with lyrics – it’s an unnecessary distraction.

Don’t be afraid of temporary silence

There’s been much talk on the ADHD qualities of Millennial entertainment. That is that media can’t help but try to stimulate us, at every second of the day, lest we move onto something else. But those who adore internet radio tend to realize that silence isn’t the enemy. In fact, when deployed at specific moments, it can really underscore what you’re trying to get across, making a statement that much more impactful.

So it’s useful to (occasionally) rein in the background music for radio broadcasts, once you’ve hit an excellent pattern. Vary the times you use it: cutting it out entirely for interviews, perhaps, or hitting ‘mute’ when you have an important subject to discuss.

Start your own internet radio station today with Spacial, and our SAM Broadcast Cloud software. It’s a smart, convenient tool that’ll prove indispensable as you build a listenership. Take and treasure what we’ve told you about background music for radio broadcasting, as the character of your show asserts itself…