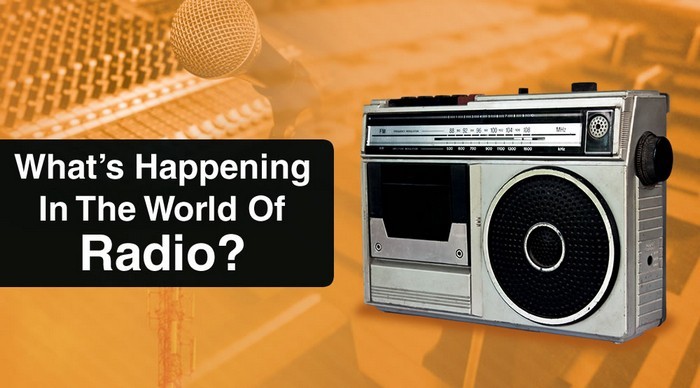 What’s Happening in the World of Radio – July 2018

As you prepare to wave goodbye to July, why not dig into another instalment of What’s Happening in the World of Radio? Sit back, relax, and prepare yourself for some exciting online radio and music industry news from July 2018.

Spotify has started beta testing the Android version of its Spotify Lite App, which is mainly aimed at markets where data-plans are considered expensive. The lite version of the Spotify App takes up only 15MB on your phone, as opposed to the 100MB that the regular app requires. Some of the regular app’s features, like Spotify Connect and Offline Playback, is missing from the Spotify Lite’s beta version. Spotify has stated that they are regularly testing ways in which they can improve this new app. The Spotify Lite App’s beta version is currently available for Android select markets and it can be found in the PlayStore.

Great news for all the racing fanatics! Formula 1 has launched their first official podcast show in collaboration with AudioBoom and Bose. The podcast, titled Beyond the Grid, is hosted by the F1 pundit Tom Clarkson. Episodes of the podcast will include talks with important and exciting figures from the racing sphere.

The start of July marked the end of Best Buy’s in-store CD-sales. This move occurred in response to the steady decline in physical music sales and the rise of online streaming. As shown by 2017 RIAA Data, physical sales generated only 17% of US music Industry revenue for 2017. This paled in comparison to the high 65% of income brought in by online streaming. Vinyl and some select CD’s will reportedly still be available for in-store purchase.

YouTube has launched a nifty new tool to aid content creators in identifying reuploads of their own protected content. The Copy Match Tool scans through other uploaded videos and determines whether any of them are identical or very similar. Videos identified as reuploaded content will appear in a separate “Matches” tab. YouTube encourages creators to evaluate these matches to see if they infringe on their copyright. If any of the matches violates a creator’s protected content, the creator can decide whether they want to contact the user who used their work, or they can request the video be taken down.

Trebel Music App now available in the US and Mexico

Trebel Music announced the availability of their new music app, titled Trebel, in the US and Mexico. This is a new licensed music app that focuses on offline listening. It aims to target listeners who currently make use of unlicensed platforms and music video sites for offline playback. Trebel offers users a better listening experience than these unlicensed platforms, while also providing compensation to artists for the use of their licensed works. The platform has secured the support of big labels such as Universal Music Group and Warner Music Group. Apart from offline listening, Trebel boasts cool features like unlimited offline music storage and reduced battery use during playback, amongst others.

If you want to find out more about the new Trebel music app, click here.

Well, that’s it for this month’s look into What’s Happening in the World of Radio. Who knows what new and exciting things August might bring? Guess we’ll just have to wait and see, huh? If you happen upon any industry-related events this August that you think is newsworthy, please feel free to share it with us at marketing@spacial.com.  It might be added to the next segment of What’s happening in the World of Radio.

Have you been thinking of dabbling in the online radio game? Why not start out with the best online radio automation software? Go ahead and try our free SAM Broadcaster Cloud trial today.