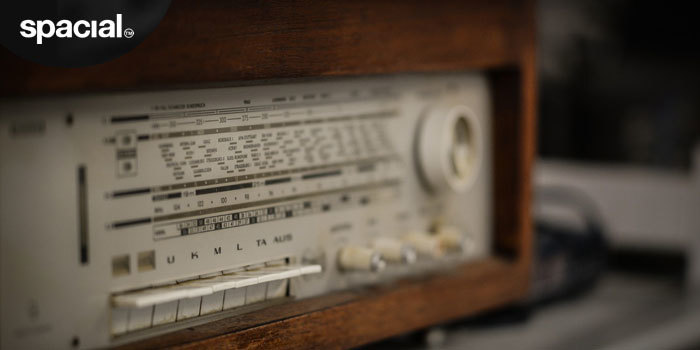 Sounds Of Progress: The History Of Radio

We take a lot of things for granted, don’t we? Frozen meals, smartphones, watching cooking shows while we pretend to sweat ourselves dry on a treadmill…and, of course, radio broadcasts, the omnipresent voice of the world slinking into our homes, our cars, our collective memories.

Internet radio software is just another paving stone on the fascinating journey audio content has taken this past century. Whilst we’re all about pioneering the freshest forms of radio, it makes us want to salute those earlier quakes in our listening culture all the more. Will you join us?

The recognised source of the radio is still a subject that’s hotly disputed. Nikolai Tesla is often considered to have designed the first radio in 1892, subsequently testing his model out on a robotic boat six years later. Seafaring was the catalyst for much of the earliest AM frequency experiments, since Italian inventor Guglielmo Marconi managed to develop his own prototype in 1894 that went on to save the lives of 700 passengers adrift from the Titanic disaster.

Whether Tesla ‘officially’ birthed the technology or not, it was Marconi that got the patent, and he opened a Chelmsford-based factory in 1898 to develop a mass-produced system as fast as he could. The young entrepreneur had bright ideas about just how revolutionary his product could be, although those early years were still focused on helping ships communicate between miles of open water.

The inaugural public radio broadcast leapt forth on Christmas Eve, 1906. Essentially just a live violin recording interspersed with readings from the Bible, it was the first stirrings of radio as an educational and cultural powerhouse. The advent of WWI did much to accelerate the scale of radio transmissions, as troops were co-ordinated from a great distance, with much more speed than Morse code would typically allow.

From there, society at large started to embrace what audio programming could really accomplish. The Western explosion of jazz and ragtime in the 1910’s and 20’s required a suitable platform for mass appeal; radios became a fixture of speakeasies trying to reign in more clientele, and began to infiltrate the family home as models got cheaper and programming evolved in diversity.

By the 1960s, radio was a key fixture for public addresses, thought topics, the musical hits of the day, and any presumed bearer of cultural influence who had something worth saying. As the decade marched onward, pirate radio stations sprung up everywhere, proclaiming dissident ideas where authorities couldn’t supress them.

Radio, as a medium, has always been reflective of the age it exists in. Think about the arch-capitalism of the 80’s: talk shows blossomed, as did new forms of radio advertising. The 1990’s heralded a slew of underground dance acts percolating into mainstream clubs, thanks to a few savvy DJ’s who knew where the current mood was headed. The New Millennium brought individualism to the table, letting us stream ‘content’ – that once-exotic phrase – from our laptops and phones, whenever we like.

As radio has moved past the old-world gatekeepers, who would commission programmes on hefty budgets, there’s been an absolute torrent of imaginative, striking airplay from budding broadcasters worldwide. Spacial is proud to power radio DJs with our radio automation software, letting anybody craft the station they’ve always dreamed of hosting.

Want to add to the latest page in radio’s story? Check out our packages for your entry into personalised, digital broadcasting.