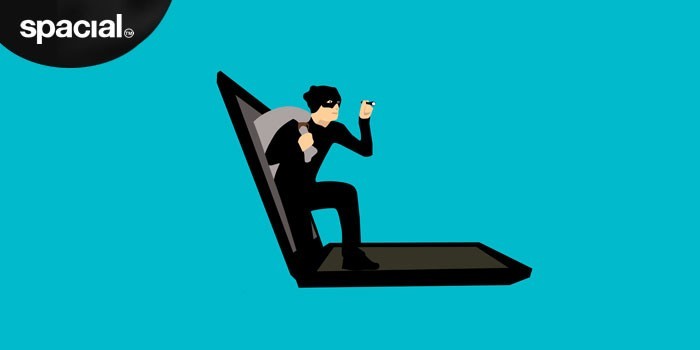 Black Friday will be upon us shortly, dragging with it a host of amazing deals into view for Spacial customers. We have one-of-a-kind promotions up for grabs. We’ll be cutting the price tag for radio DJs looking to get their station on the airwaves.

Yet we’ve also had a few bad experiences filter through regarding cracked versions of our software. ‘Cracked’ versions refer to the lower cost, pirated SAM experience. These cracked versions do not adhere to the high standards we’ve built into the official package.

As Black Friday lands, we want to analyse the problem of a cracked SAM Broadcaster version. We’d also like to remind you why the real thing is so much better…

Taking stock of a dangerous trend

We aren’t blind to the fact that there are ways to get around the gatekeeper to a digital product like ours. That has, after all, been a conceit of the internet since it first began – that data, tools and technical conveniences are there for the taking, no matter if people pay for them or not.

We also know that a number of budding radio DJs – stuck, presumably, in the impression that SAM Broadcaster isn’t cheap enough – have been going to third party providers, who claim to offer the same software for free or at a fraction of the cost. Quite willingly, they’ve said ‘yes’, and gained access to a cracked SAM Broadcaster version.

Yet this is where 99% of serious problems come from: the use of a flawed, bug-prone package that isn’t supported by Spacial developers. Instead of a smooth experience, you get downtime, lost songs, misaligned playlists, and other nonsense. These issues don’t afflict our main, direct SAM purchases.

It may work fine for a few weeks, but every copy of SAM requires activation, on our part, after 30 days of use. Other providers don’t give you that. Plus, viruses and malware can linger in cracked alternatives. This might cause irrevocable damage to your computer. It’s just not worth the lighter price tag.

Make the right choice for our Black Friday bonanza!

Of course, we don’t want to dwell on the negative decisions some people are making… We’ve always been sensitive to cost, which is why we launched SAM Broadcaster Cloud as a companion to the Pro version of our software. Spacial offers a free trial, so you can take a plunge into some of the best digital radio tools in the world, without paying anything for seven days.

We aren’t stopping there though. As we’ve said, it’s our pleasure to say that we’ve put together some deals for Black Friday, the pell-mell clarion call for global consumers! Spacial are going to be presenting a special sales discount on SAM products – including Broadcaster, DJ, SAM Cast, and Broadcaster Pro – that commences on the 24th November.

Subsequently, cracked SAM Broadcaster versions are even less of a tease for your time and money. We’re already slashing costs on the 100% legit software; why go for the inferior sort? Isn’t it time that you got a taste of the Spacial family on the right terms?

See for yourself what’s in the pipeline for new SAM customers. Or contact us to learn more about the threats that piggyback on cracked downloads, and how you can avoid them.